Each calendar quarter states report, on the Employment and Training Administration (ETA) 9047 report, the number of UI first payments for which intrastate or out-of-state wages are reported in the subsequent quarter.


The following charts and tables summarize UI Reemployment by several criteria. The quarter-ending date refers to the quarter in which the claimant receives a first UI payment. Data are displayed by quarter or cumulatively for four quarters, as indicated. 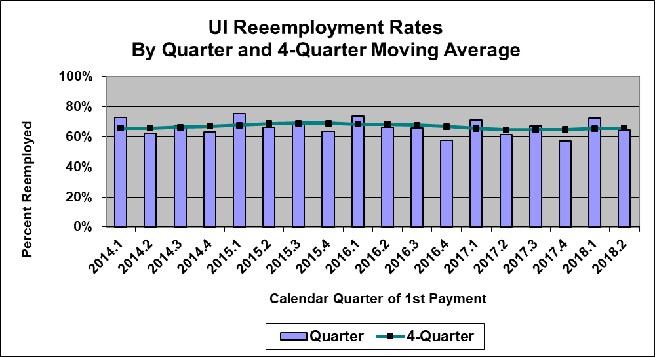 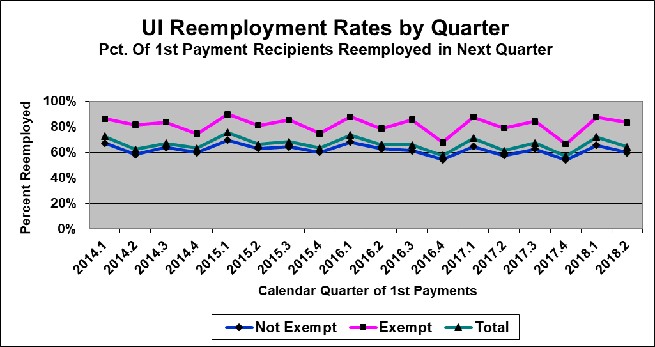 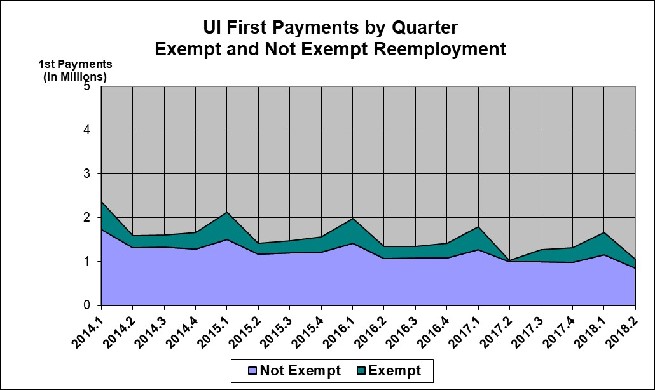 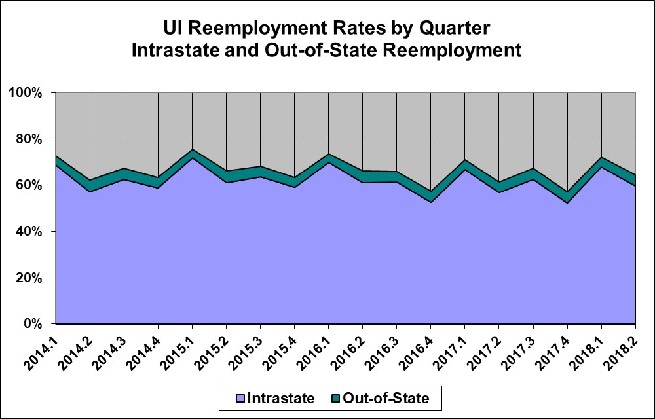 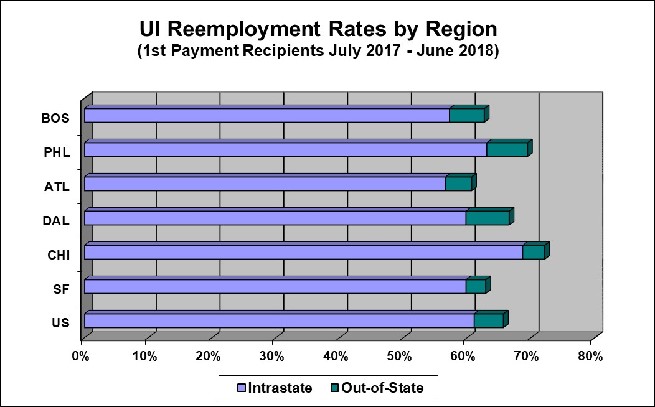 States in the Atlanta Region reported increases in their reemployment rates of 1.8 percentage points for the four quarters ending June 2018 (reflecting reemployment from October 2017 to September 2018).