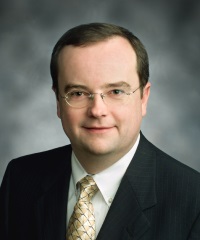 Jim Garner started serving as the Administrator of the Office of Unemployment Insurance in the U.S. Department of Labor’s Employment and Training Administration on July 4, 2021. Previously, he served nine years as the Deputy Administrator of the Office of Unemployment Insurance. Prior to his federal service, Jim was appointed by Kansas Governor Kathleen Sebelius to serve as the Secretary of Labor for the State of Kansas, a position he held for eight years (2003-2011). In that position, he was the senior executive and policy maker of the agency that administered the state’s unemployment insurance program, workers compensation program, employment standards laws, workplace safety program, labor market information services and public employers-employees relations laws. He also was elected to six terms (12 years) as a member of the Kansas House of Representatives, including serving four years as the Minority Leader of this legislative body.

Jim grew up in the southeast Kansas town of Coffeyville and is a graduate of Coffeyville Community College. He earned a Bachelor of Arts degree in history from the University of Kansas and a Juris Doctor degree from the University of Kansas, School of Law. Following law school, Jim served a two-year appointment as a judicial law clerk for U.S. District Judge Dale E. Saffels. In August 2016, Jim graduated from the Federal Executive Institute’s Leadership for a Democratic Society program.